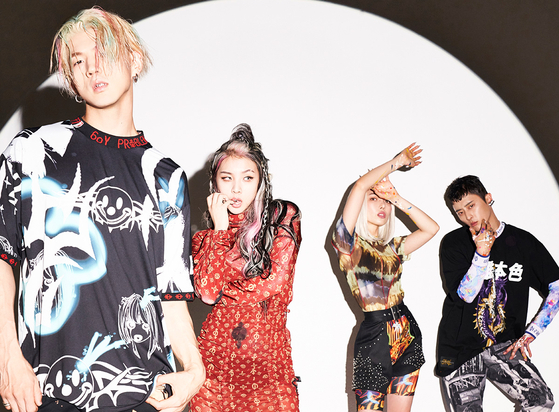 Its agency, DSP Media, has been actively teasing the new music with photos on social media channels this week.

It has been one year and 10 months since the group last released music as a whole with the EP “Way with Words” (2020). Member J.Seph had to enlist for his mandatory military service and was discharged early last April.

KARD is a rare type of K-pop act as it is one of very few active co-ed groups. It officially debuted in 2017 with the EP “Hola Hola” and has four members: J.Seph, BM, Somin and Jiwoo. In line with its name, each member has a representative card pattern — BM is a club, J.Seph is a spade, Somin is a heart and Jiwoo is a diamond.