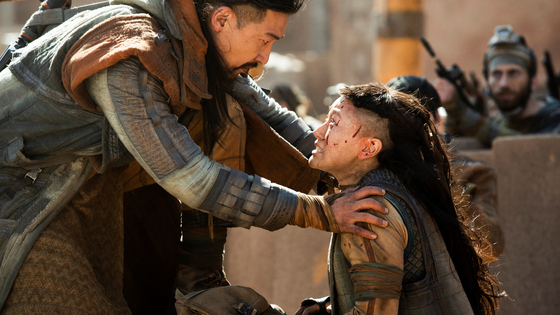 Yerin Ha, right, stars as the protagonist Kwan Ha in the Paramount+'s sci-fi original series "Halo." The nine-episode series was released through Tving on June 17. [PARAMOUNT+]


“Halo,” a sci-fi Paramount+ original series produced by American filmmaker Steven Spielberg, fronts a defiant Asian girl as one of its protagonists. Set in a 26th century dystopia, the teenager Kwan Ha from the outer colony planet of Madrigal faces tragedy from the beginning of episode 1: Her father Jin Ha, portrayed by Korean actor Kong Jeong-hwan, is brutally killed before her eyes by the alien group named the Covenant.

The nine-episode English series, which was released in Korea through local streaming service Tving on June 17, is adapted from one of the highest-grossing Xbox game series of the same title, having sold over 81 million copies over the last two decades. According to The Guardian, the total production cost for the Paramount+ series surpassed $200 million.

Kwan Ha is portrayed by Korean-Australian actor Yerin Ha. Ha, who visited Korea and interviewed with local press ahead of the release of “Halo” on Tving last week, said that she felt “proud of herself” for being able to withstand the long periods of shooting. 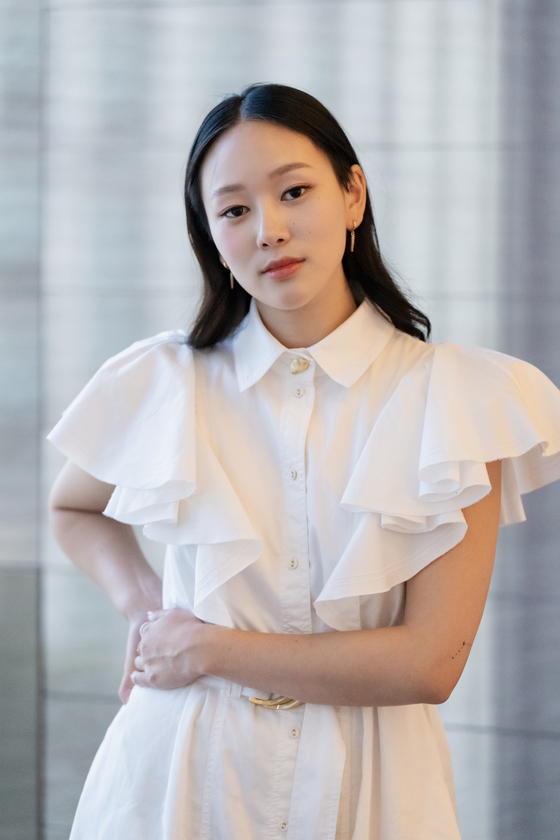 
Ha was born in 1998 and although she grew up in Sydney, her Korean is fluent. She auditioned and was cast for the role of Kwan Ha just as she was preparing to graduate from Australia’s National Institute of Dramatic Arts. She debuted as an actor through ABC drama series “Reef Break” (2017) and has taken the theater stage with Sydney Theatre Company’s production of “Lord of the Flies” in 2019. “Halo” is her first lead role in a big-budget commercial series.

According to the actor, the ethnicity of Kwan Ha was set as Asian from the start.

“I believe they weren’t sure whether the actor [chosen to portray Kwan] would be Korean or Chinese,” she said in Korean at an online press interview on June 17. “[After I was cast,] the script read that some of the dialogues could be in Korean. After checking that I could indeed speak Korean, they gave me the Korean lines a few weeks before the shooting began, and Kong and I fixed them up a bit after discussing them, trying our best to make them sound natural.”

In the “Halo” universe, humanity has scattered across the galaxy but faces near-extinction due to alien attacks. Kwan is the daughter of General Jin Ha, a leader of the rebels from Madrigal who resists against the central government of the galactic system called the United Nations Space Command.

The occasional Korean dialogue between Kwan and Jin, such as when Jin yells “fire” in Korean, are an unexpected treat for local audiences. Both Kwan and Jin are characters created for the series who do not exist in the original game universe. 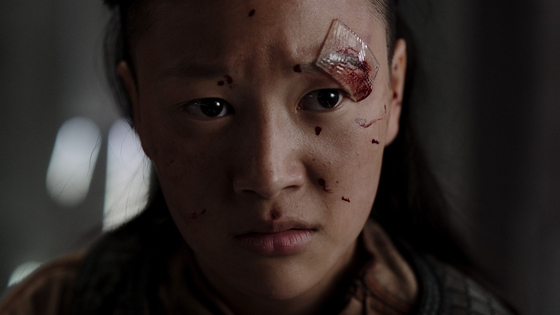 Yerin Ha in a scene from the series "Halo" [PARAMOUNT+]


Ha said she knew about the game before she was cast, through her older brother.

“He was sort of a game freak so I knew about ‘Halo,’” she said. “I knew that it was an e-sports game series, and I felt honored to portray an Asian character in such a big universe. […] To get to know the game better, I tried to play it, but when I found out that I had zero talent for the game, I turned to books. There's a book called ‘Halo Mythos’ that helps you understand why aliens from all over the galaxy were trying to look for Halo.”

Season 1, which has already premiered in other parts of the globe, has its share of mixed reviews, of which the actor said she is aware.

“For original ‘Halo’ fans, I know there is more resistance against the series’ narrative,” she said, smiling. “For those who were introduced to the series for the first time, they were more generous, and they also liked the character of Kwan.” 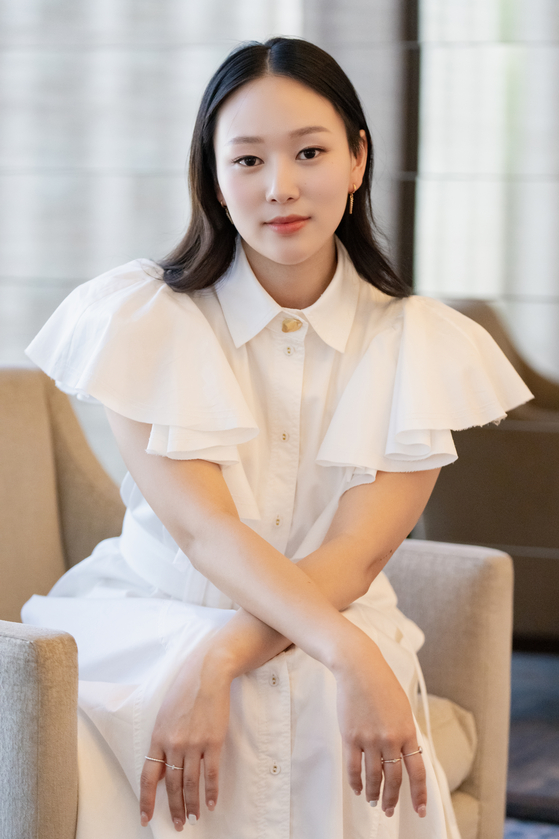 
Ha is the granddaughter of veteran actor Son Suk, 78, who is still active across theater, films and television series. Ha said she admires her grandmother’s dedication to her career.

“[When acting], I think she is very focused on the script,” Ha noted. “She is always holding in her hand the script of [whatever] project she is working on, and focuses on analyzing and truly understanding her character and the narrative.”

Although both her mother and grandmother warned her of the hardships of acting, they have been 100 percent supportive of her career choice. She said that she was also quite familiar with Korean content as well.

“When I was young, my father liked to have Korean historical television shows on in the background,” she reminisced. “And when Netflix came into the market, there was so much content to see on the platform.”

Her recent favorite pick of Korean content is JTBC drama series “Itaewon Class” (2019), and she is also a fan of K-pop stars such as girl group Sistar and boy band Exo. When given a chance, she said that she would “leap” at the opportunity to work on a local project.

“There haven’t been any chances offered to me yet [for Korean projects], and I am more comfortable in English,” she said. “But if I could, I would really, really love to star in one.”

The actor is set to be back as Kwan for the second season, which was announced in February, before the first season even aired. As an aspiring actor, Ha has ambitious plans set for her career.

“As an Asian actor, I want to become someone who can create more opportunities for other new actors who want to enter this industry,” she said. “I want to establish my own production company and become an iconic figure who can make more projects centered around Asians.”