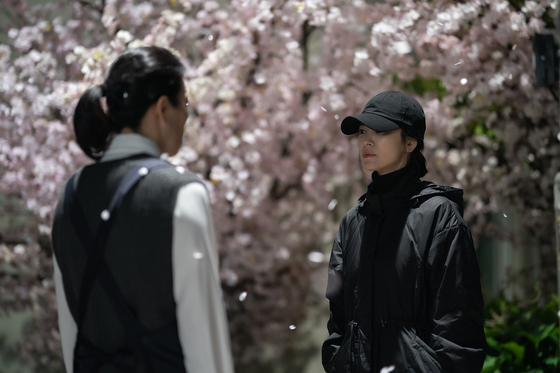 
The period from Christmas up to the Lunar New Year, known as Seollal in Korea, marks a turning point for the streaming service industry. Each service gears up for the year by releasing highly-anticipated works studded with stars.

Netflix released “The Glory” on Dec. 30, while Tving released “Island” on the same day. Disney+ bet big on “Big Bet,” releasing four episodes as of Tuesday.

“There are two things the streaming service industry is placing great importance on while preparing for the new year,” said pop culture critic Jeong Deok-hyun. “One is whether known and reliable actors and production staff can pull off new hits, and the other is whether there are already success-verified original works such as webtoons and web novels.”

The recent releases combine these elements, according to experts.

“The Glory,” led by Song Hye-kyo and streaming on Netflix, centers on protagonist Moon Dong-eun, played by Song, who has been constantly bullied during her school years and seeks revenge on the perpetrators. The drama series marks the first collaboration between Song and screenwriter Kim Eun-sook, who penned “Descendants of the Sun" (2016), in six years. 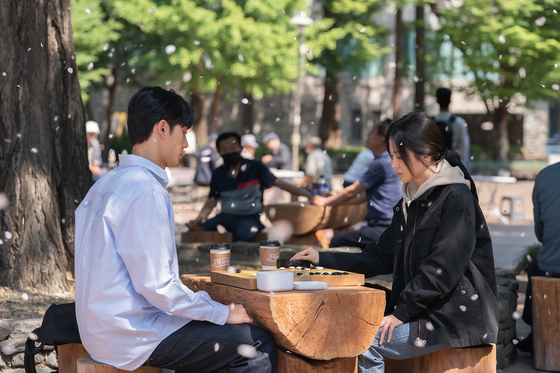 
Kim, who also wrote the scripts for “Goblin” and “Mr. Sunshine,” is putting forth a drama that is not a romance story for the first time. Director Ahn Gil-ho, who was behind dramas such as “Stranger” (2019) and is known domestically for his detailed direction, takes the helm for “The Glory.”

Kim and Ahn say that the central point of the series is the quiet but fast way in which Moon — played by Song — decides on her plot for revenge.

“Perpetrators of school bullying are usually people who make us wonder whether a deity exists out there because they are so evil,” said Kim. “The main point of ‘The Glory’ is whether these perpetrators get what they deserve.”

“We focused on depicting the many power dynamics between the perpetrators themselves and drawing their own stories but not defending these characters for what they did,” said director Ahn. “I think viewers will get a sense of catharsis from watching the perpetrators in the show fighting amongst themselves and falling to their doom.”

Tving’s “Island,” released on the streaming platform and also Amazon Prime Video the same day as “The Glory,” is a fantasy action drama about a group of people who fight against evil on Jeju Island and is based on a popular webtoon series of the same name from Naver Webtoon. The webtoon was drawn and storied by authors Youn In-wan and Yang Kyung-il, who are well-known among readers of webtoons for their prowess in the Korean-horror fantasy genre.

Cha Eun-woo plays Yohan, a Vatican priest, while Kim Nam-gil plays Ban, a half-human, half-demon character who does not age or die. Lee Da-hee plays Won Mi-ho, a heiress and a teacher. 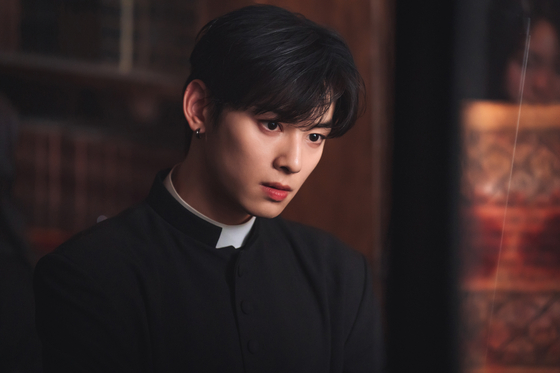 
“Island” features colorful cinematography and many characters, adding to its value for audiences.

“Not only the mysterious and beautiful scenery of Jeju Island but also the evil forces that hit the vacation spot and the arduous journey of the three main characters will draw viewers in,” said the producers of the show. “We hope that our series will give a different sense of tension and fun that is upgraded from the original webtoon.” 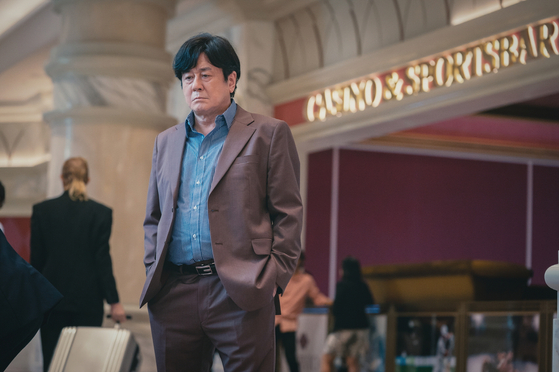 
“Big Bet” is Choi’s first foray into the world of streaming services and drew attention domestically as the first collaboration between Choi and director Kang Yun-sugg, who directed the hit movie “The Outlaws” (2017). Son Seok-goo, Lee Dong-hui and Heo Seong-tae also join the cast.

Choi plays the role of Cha Moo-sik, a man who became an underground casino legend in the Philippines without any money or experience. In episode 4 of “Big Bet,” which was released on Dec. 28, Cha struggles to survive in the casino world of the Philippines and audiences were shown the skills Cha had to learn to survive.

In next week’s episode, which will be released on Disney+ on Jan. 4, a new threat will face Cha, and a new narrative will continue to increase the tension in the series. A heated face-off between Heo’s character Seo Tae-seok and Choi’s character Cha and the narrative between Cha and the detective who chases him to the Philippines will enthrall viewers.

Finish the year strong with the most anticipated new Korean programs

Watcha may be in play as streaming consolidation advances