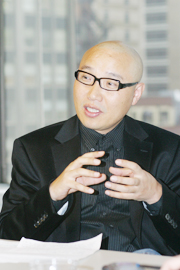 Now that he’s a New Yorker, it seems appropriate that Korean photographer Atta Kim’s works seem to sell in a New York minute.
Most recently, at the Asian Contemporary Art Fair from Nov. 8 to 12, 14 of Kim’s photographs sold for $1.47 million in three days.
One of the 14, “On Air Project: New York Times Square,” sold for $210,000, the highest price ever for a work by a Korean photographer. The previous record holder was Bae Bien-u’s “Pines” which sold for $132,000 in May at Sotheby’s in New York. 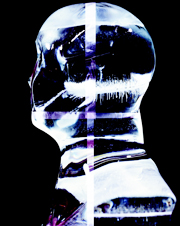 “Portrait of Mao” by Atta Kim.

Kim, 51, shot his photograph in Times Square, a bustling, iconic world landmark. By exposing the film for eight hours, the photograph only captured the static parts of the busy intersection. The photographer wanted to show the meaningless and fleeting nature of human lives.
At the fair, held at Manhattan’s Pier 92, Kim’s works sold fast during the first three days. Then the photographer pulled his works from sale. “I thought it wasn’t advisable for an artist’s works to be sold so rapidly because the market was overexcited,” Kim said. Buyers were mostly local dealers.
Together with “On Air” and “Museum,” Kim introduced three photos he recently took in China to express the huge scale and cultural depth of China. “A project on India is coming soon,” he said. 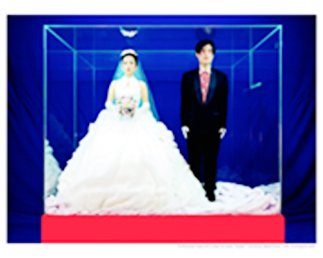 As one of the world’s top 100 photographers according to the U.K.-based Phaidon Press, Kim is popular for his quiet, minimalist style based on Asian philosophy.
When Kim won 10 million won at the Donggang Photo Festival this year, he donated his winnings to a relief organization for Africa. In the past, he donated 12 of his works to the Donggang Photo Museum.