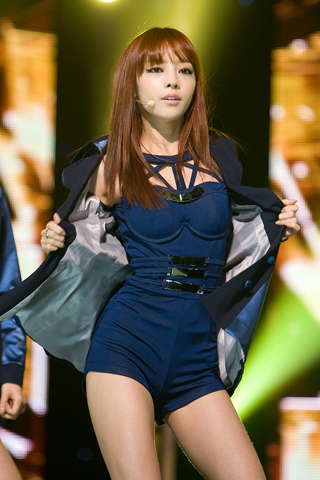 Goo Ha-ra of girl group KARA will sing the soundtrack of Japanese drama “Galileo” on Fuji TV, according to her agency DSP Media yesterday.

She will collaborate with singer-songwriter Masaharu Fukuyama, who is also a lead character in the drama. The two will work under the name “HARA+” to produce and sing the song named “Magic of Love.”

This is the first time that Goo will work with a foreign artist on a drama soundtrack.

The Japanese singer and actor debuted in 1990 with an EP named “Inside the Rain of Memories” and then expanded to a variety of dramas.

The newest drama is a detective fiction story about a genius physicist and a novice woman detective who solve extraordinary crimes together. A drama of the same title was aired in 2007 and garnered much attention in Japan.

The new version will be broadcast starting on Monday in Japan. In Korea, cable channel MBC QueeN will air the piece from May 6. It will also be shown in Thailand, Hong Kong and Singapore.