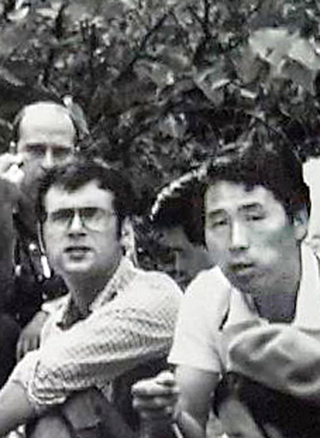 The taxi driver who the lead character of the movie “A Taxi Driver” was based on and whose existence has been debated, has been confirmed as Kim Sa-bok.

“I’m glad to be able to commemorate my father in a way he deserved, revealing the truth to the public,” said Kim Seung-pil, son of Kim Sa-bok, on Wednesday.

He revealed a photograph of Jurgen Hinzpeter with his father to the media, and the movie production reported that they had received confirmation from the wife of the late reporter.

Kim assumed that the photo in question was taken prior to the interview Hinzpeter held with Ham Seok-heon, a human rights activist.

According to Kim, his father was not strictly a taxi driver but a man who mainly worked with foreign reporters because he owned two private vehicles used as “hotel taxis.”

“My father received the schedules of foreign guests weeks in advance and briefed them about his viewpoints not just as a taxi driver but as a guide,” says Kim.

Kim Sa-bok passed away in 1984 due to cancer. His son hopes that his father’s remains are moved to the memorial to Hinzpeter in the Mangwon-dong cemetery in Gwangju’s Buk district, the site where those who were killed during the Gwangju Democratic Movement are buried.

“Just as the movie showed, my father knew what was happening in Gwangju when he went there. He was filled with conviction, and I hope that his dedication remains in people’s minds,” said Kim.