U-23 men prep for Uzbeks after resounding win

U-23 men prep for Uzbeks after resounding win 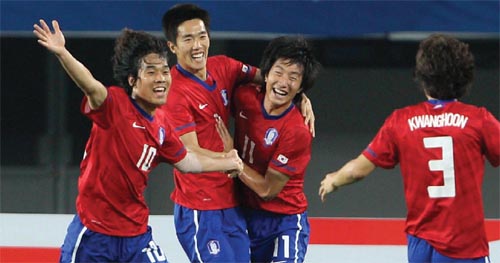 Kim Jung-woo, center, celebrates with Park Chu-young and Cho Young-cheol after scoring the opening goal of their Round of 16 match against China on Monday night at Tianhe Stadium in Guangzhou, China.[YONHAP]


The U-23 national football squad has earned a date with Uzbekistan in the quarterfinals after a convincing 3-0 win in the Round of 16 against China on Monday night.

Korea is set to face Uzbekistan at 8 p.m. Friday in what could be a nail-biter. Grouped with Bangladesh, Hong Kong and the United Arab Emirates, the Uzbeks finished their respective group with a 2-1 record, racking up six goals while giving up just one to their opponents. The team’s only loss in the group came against a Hong Kong squad that managed to advance to the knockout stages of the tourney for the first time. However, the Uzbeks managed to pull off a solid 1-0 win over Qatar, the defending champions, in the Round of 16.

“Uzbekistan is not a squad that should be taken lightly by our players,” said Hong Myung-bo, the manager of the Korean national team, which has a 2-1 record in the tourney. “It’s important to allow our players to recuperate by giving them some rest.

“We will put our players through some physical conditioning training [today] and the coaching staff will prepare thoroughly for the quarterfinals match by studying our opponent’s game footage against Qatar.” 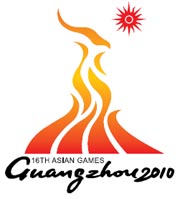 On Monday night, Korea’s wildcards, or players over the age limit, came up big in the pressure-packed Round of 16 match against China in front of 43,000 boisterous fans at Tianhe Stadium.

Defensive midfielder Kim Jung-woo opened the scoring in the 20th minute. Forward Park Chu-young, playing in his first full game of the tourney, added a goal in the 50th minute off a free-kick. Midfielder Cho Young-cheol put the game out of reach by scoring the third and final goal of the game in the 58th minute.

As supportive as Chinese fans were of their team during the game, they quickly pounced on the squad after the loss. The Chinese media were equally critical. The Yangtze Evening News dubbed it the “worst” U-23 team in the country’s history.”

After China lost its opening match against Japan, 3-0, goalkeeper Wang Dalei was singled out and criticized heavily by the media and fans. He responded angrily to the attacks.

“Hit a person when he is down - that’s what you are doing,” Wang said in a Xinhua news agency report. “That’s why Chinese football is a mess.”

Wang was forced to issue a public apology and was suspended for his response.