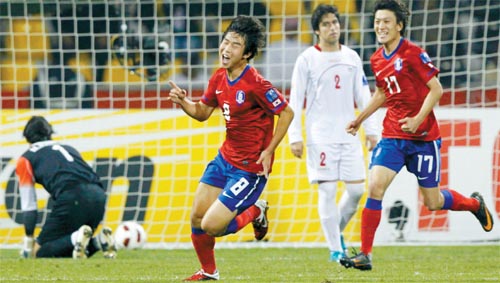 Korea and Iran tussled in a tightly contested and physical matchup that was the fifth consecutive Asian Cup knockout-stage showdown between the two countries. The game was deadlocked in a scoreless draw until Yoon Bitgaram, who was substituted into the match for Koo Ja-cheol in the 81st minute, scored the winning goal in the 105th minute - in added time of the first half of extra time.

Yoon, who was managed by national team manager Cho Kwang-rae at Gyeongnam FC, was tabbed as a starting midfielder in the friendly matches leading up to the 2011 Asian Cup but had not received much playing time in Qatar until he regained the trust of his manager by providing an offensive spark and scoring yesterday’s winning goal.

“To be honest, I had reservations about using Yoon as a substitute in the game,” said Cho. “But he came up big and ended up scoring the winning goal.” 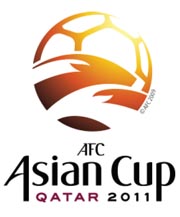 Another one of Cho’s former disciples at Gyeongnam FC, Lee Yong-rae, also came up big yesterday. Playing the defensive midfield position, Lee kept himself active and covered a lot of ground to earn the Man of the Match distinction from the tournament organizers.

Meanwhile, Japan had an impressive come-from-behind win against home team Qatar in the quarterfinals on Friday night. With his team trailing the game 2-1, Shinji Kagawa scored a goal in the 71st minute to level the game at two goals apiece. Then, Masahiko Inoha scored the dramatic winning goal in the 90th minute.

Cho sounded confident about his team’s chances in the upcoming semifinal match against Japan after Korea’s quarterfinal win over Iran.

“Korea has the best teamwork of all the teams at the Asian Cup tournament,” said Cho. “The fact that we decided to focus more on enjoying ourselves out there rather than getting fixated on the outcome of the game actually helped us play better. We will approach our game against Japan in the same manner.”

Korea and Japan played to a scoreless draw in their previous match in Seoul on Oct. 12. It was Cho’s third friendly as manager of the national team and Japan was also in a transitional period under its new manager Alberto Zaccheroni. 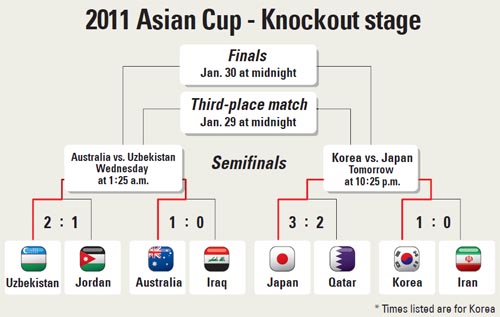 Japan looked a bit sluggish at the start of the Asian Cup this year, tying Jordan, 1-1, to start the tourney. Since then, however, it picked up the pace by defeating Syria, 2-1, and dominating Saudi Arabia, 5-0, in its final group stage match.

“Japan has improved its game and pace,” said Cho. “We’ve also made many changes since the friendly match against Japan in October.

“I have never feared facing Japan in competition, dating back to my playing days on the national team.”

Central defender Lee Jung-soo will not suit up for the semifinal match, after collecting his second yellow card of the tournament yesterday.

Despite losing his starting defender, Cho has other viable options on the bench, with Cho Yong-hyung, Hwang Jae-won, Kwak Tae-hwi and Hong Jeong-ho all capable of starting against Japan.

Meanwhile, Australia managed a 1-0 win over Iraq in its quarterfinal match yesterday and will face Uzbekistan in the other semifinal early Wednesday at 1:25 a.m.