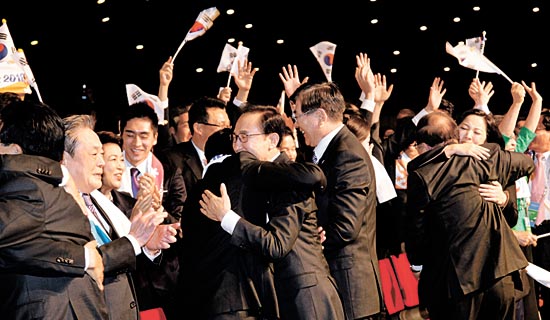 
As 2011 comes to an end, sports fans may wonder what news rocked Korea this year. From the Olympics to golf to baseball and more, the Korea JoongAng Daily picked its top 10 sports news stories that made 2011 an interesting and exciting year.

On July 6, all eyes were on International Olympic Committee president Jacques Rogge. When he announced the name of the alpine town in Gangwon, the whole nation cheered and celebrated. It was the moment that Pyeongchang, located about 180 kilometers (112 miles) east of Seoul, finally attained the bid to host the Winter Games after failing in two previous tries.

From Aug. 27 to Sept. 4, the city of Daegu was packed full of track and field stars who wanted to test their speed, strength and endurance. The event was the largest ever in the history of the World Championships in Athletics as 1,945 athletes from 202 countries participated.

Golfers of Korean descent mark 100th win in the LPGA

On Oct. 17, Choi Na-yeon delivered the 100th win for female golfers of Korean descent in the LPGA by winning the Sime Darby LPGA Malaysia. Since Ku Ok-hee first won an LPGA event in 1988, Korean golfers finally reached the milestone. Their 99th win came from Ryu So-yeon.

Marking its 30-year anniversary, the Korea Professional Baseball League’s annual attendance surpassed six million, highlighting it as the No. 1 sport in Korea. The Korea Baseball Organization said a total of 6.8 million fans visited a baseball stadium this year.

In May, the Changwon District Prosecutors’ Office found out that active and former players, including ex-All-Stars and national team members, took cash from gambling brokers in exchange for deliberately making mistakes in games. More than 60 players were indicted or convicted.

Cho out, Choi in for national football team 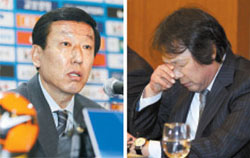 Earlier this month, the Korea Football Association sacked Cho Kwang-rae and appointed Choi Kang-hee, who led Jeonbuk Hyundai Motors FC to the K-League championship this year. Cho said the KFA didn’t take proper steps to fire him. Meanwhile, Choi said he will only help the team qualify for the 2014 FIFA World Cup, but won’t coach in the World Cup itself. 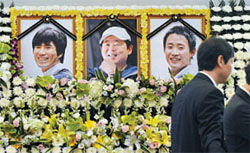 In October, renowned mountaineer Park Young-seok and two fellow climbers — Kang Ki-seok and Shin Dong-min — went missing during their mission to chart a new route at the 8,091-meter Annapurna in the Himalayas. The Korean Alpine Federation sent a rescue team, but found no signs of them during their 10-day search. The memorial services were held in early November.

On July 24, Park Tae-hwan won the gold medal in the men’s 400-meter freestyle at the 2011 FINA World Championships in Shanghai, erasing his no medal disappointment from the previous Worlds. He finished the race in a time of 3 minutes 42.04 seconds, beating his rival Sun Yang of China by more than a second.

Park Chan-ho, who holds the most wins by an Asian player in Major League Baseball with 124, got special permission to play his first KBO season for the Daejeon Hanwha Eagles and surprised fans again by donating all of his salary. Sluggers Lee Seung-yeop and Kim Tae-kyun also returned to play in Korea next year.