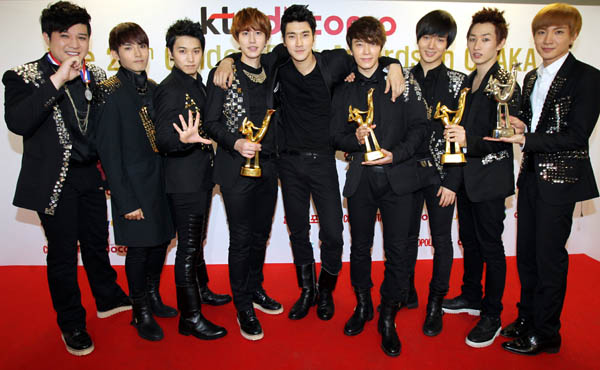 
Fresh off of its success at the Golden Disk Awards, Super Junior is set to appear solo at the Tokyo Dome in May.

The band’s agency announced on Jan. 12 that the group will perform solo as an extension of the group’s “Super Show 4” concert series that began late last year. The concert to be held May 12 to 13 will accommodate some 100,000 Japanese fans.

“For a band that hasn’t even made an official debut in Japan, it is unheard of to perform at the Tokyo Dome,” a representative from SM Entertainment said. “Only the best artists perform at the venue, so the Japanese press is now focusing on the band.”

Prior to its Tokyo Dome concert, Super Junior will perform in Taiwan from Feb. 2 to 5. That concert also sold out within minutes. The band’s agency said that due to the high demand for tickets, a fourth date on Feb. 2 was added. The concert is expected to draw an estimated 40,000.

After wrapping up its Taiwan concert series, the band will then travel to Singapore for two shows on Feb. 18 and 19.