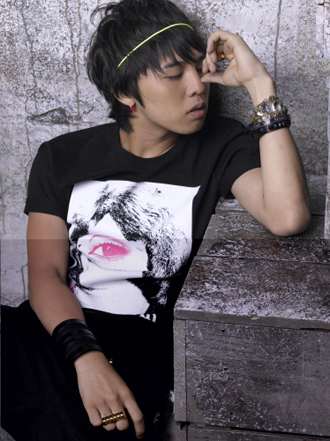 G-Dragon and Daesung from the boy band Big Bang will speak out for the very first time about the scandals that took the band out of commission last year.

The two will appear on the celebrity talk show “Healing Camp” on SBS toward the end of the month.
Last year was quite a downer for Big Bang. Lead singer G-Dragon faced charges of marijuana use in October while band member Daesung was involved in a car accident in May that left a motorcyclist dead.
The band has been largely inactive since last summer.

Although G-Dragon made an official apology to fans at the YG Family Concert on Dec. 4, both he and Daesung have refrained from commenting on the controversial events to the media.

Their appearance on “Healing Camp” will be the first time that they will speak about the events in public.
A representative from YG Entertainment said yesterday that the show is set to air at the end of the month. Much of the show will be geared toward promoting Big Bang’s fifth EP, “Alive,” which will be released on Feb. 19.