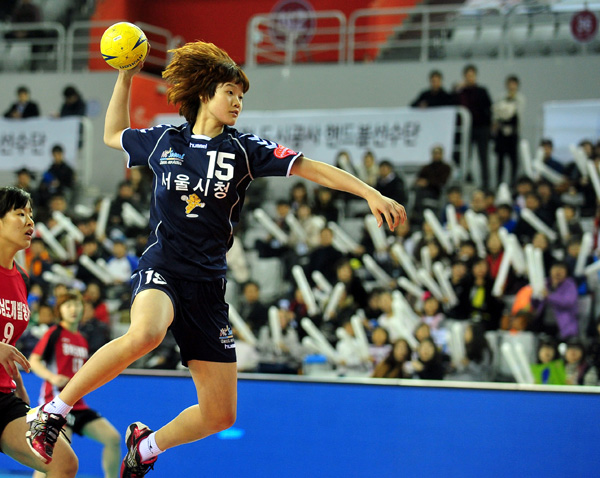 Seoul City Hall’s Choi Soo-min attempts a shot against South Gyeongsang Development Corporation during their opening game of the 2012 SK Handball Korea League at SK Handball Stadium in Seoul, yesterday. A total of five men’s teams and eight women’s teams will compete in the season that runs until Sept. 23. [NEWSIS]