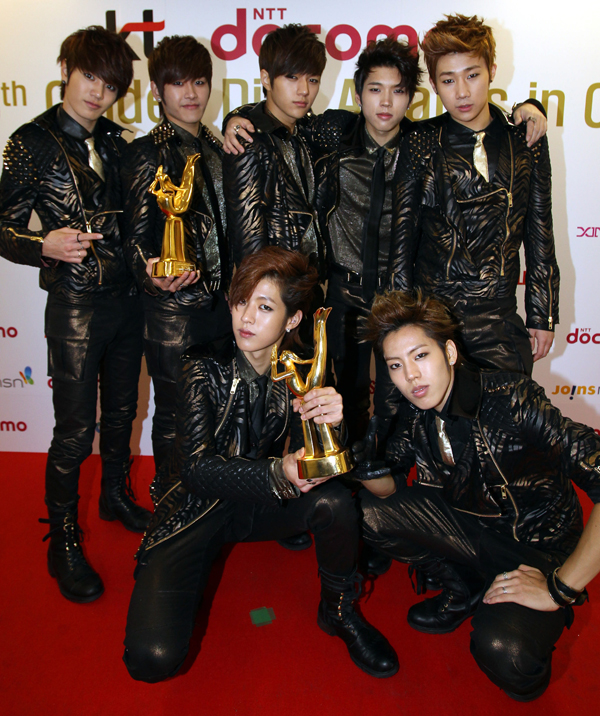 
K-pop act Infinite will release its second Japanese single, the 2011 hit “Be Mine,” on April 18. The single will also include the song “Julia” from the band’s official debut album “Over the Top.” In addition, there are plans for a DVD containing a collector’s picture card of the band as well as a limited-edition package of the single.

Ahead of the single’s release, the Korean version of “Be Mine” made its debut in Japan on Feb. 26, and promptly rose to first place on the music Web site Music.jp.

On Feb. 25 and 26, the band performed solo concerts at the Tokyo International Forum Hall, where it entertained Japanese fans with its well-known dance moves.

Infinite made its debut in Japan with the single “BTD” in November last year. The song ranked seventh on the Oricon weekly singles chart.