Girls’ Generation to be eye candy for anti-blindness movement

Girls’ Generation to be eye candy for anti-blindness movement 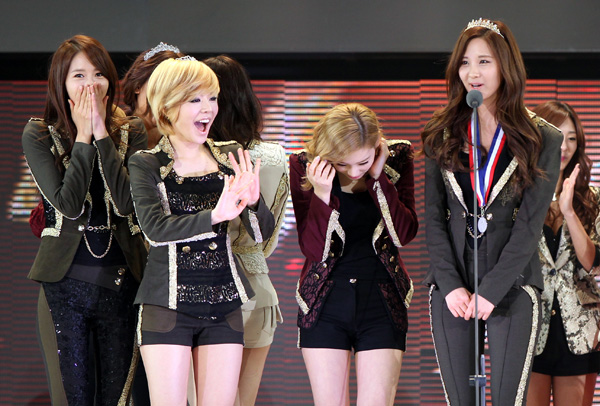 
On April 9, the Korean Association Against Blindness announced that girl band Girls’ Generation will become the official face of their movement.

“The group has shown an interest in research for the eradication of blindness, and gladly accepted the offer to represent our organization,” said a spokesperson from the organization.

“Previously, due to the pull of K-pop, Girls’ Generation’s fan club in North America made a donation to help cure blindness,” said the spokesperson.

“The girls, too, have made donations on various occasions and showed much interest in what we do here.”

Girls’ Generation will attend an inauguration ceremony on April 18 at the Ara Marina Convention Center in Gimpo in Gyeonggi.