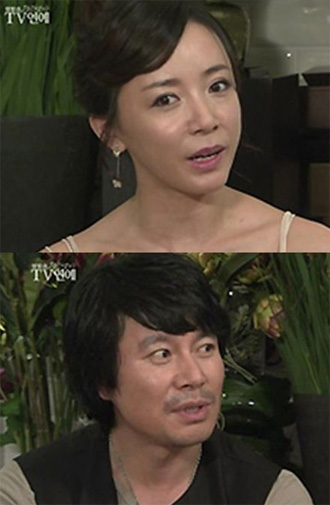 Actress Kim Hye-young opened up about the reason behind her divorce, which was made apparent to the public just a few days ago.

On May 9, Kim talked to internet news Web site Newsen.com and admitted that she has been officially divorced since January this year but tried to keep the news on the down low.

“We’ve actually been living apart for more than a year, and financial burden was the reason for the split,” said Kim of her two and a half years of marriage.

As it was both her and her actor husband Kim Sung-tae’s second marriage, Kim said they took extra caution with their union.

“Despite how careful we were, it wasn’t easy,” the actress explained. “It was a mutual agreement that things weren’t working out as we planned, and more so for him, I think he felt the financial burden as the head of the household.”

Kim said that her former husband wasn’t sure if he would be able to financially support the family and was often plagued with doubts.

“My son hasn’t seen his dad since the divorce. I thought it’d be more confusing for him if he saw him and did not live with him,” said Kim.

The 38-year-old entertainer said that she wished her ex all the best and that she is currently concentrating all her efforts into a sashimi restaurant she opened in Seocho-dong, southern Seoul.