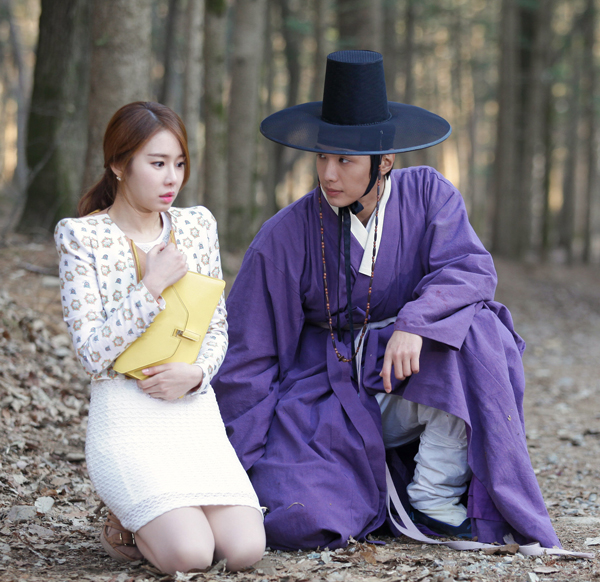 
Love is in the air, both off and on the set of tvN drama “Queen In-hyun’s Man.” At a press conference to mark the show’s end on Thursday night, actor Ji Hyun-woo confessed that he has feelings for his co-star, actress Yoo In-na.

“I wanted to say this in front of all the fans of the drama. I love Yoo In-na,” Ji said in front of fans, the press and his family members in attendance.

The two shared a total of six kiss scenes, and Ji told the audience that Yoo was a source of moral support for him on the show.

He even cited actors Hyun Bin and Song Hye-gyo as previous cases of co-stars finding love off screen.

Meanwhile, Yoo maintained a calm composure and laughed it off saying, “This is startling. We need to talk later.”

Press as well as audience members were dumbfounded and didn’t know whether Ji was joking or serious. Ilgan Sports, the JoongAng Ilbo’s sports daily, reported that there was nothing about Ji’s facial expressions that suggested he was joking.