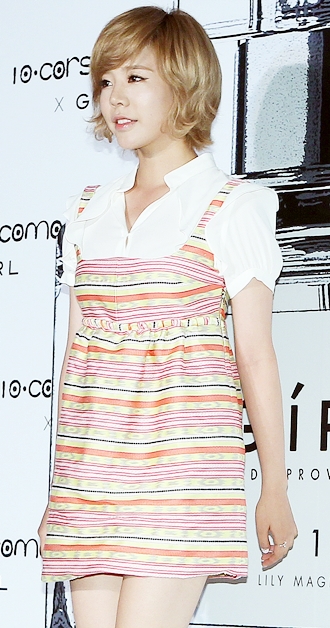 Sunny of Girls’ Generation will join the second season of the SBS entertainment show “Roommate” as a regular cast member, Ilgan Sports, an affiliate of the Korea JoongAng Daily, reported yesterday.

“Roommate,” which was initially launched in May, features 11 celebrities living together in a single household.

An insider behind the reality show, exclusively interviewed by Ilgan Sports, hinted that Sunny, 25, was chosen because of her upbeat, bubbly spirit, which will likely shine throughout the upcoming series.

Media reports surfaced yesterday that Joon Park from the boy band g.o.d. and Jackson from hip-hop group GOT7 will also appear in the upcoming season.