2NE1 is ready to take on the world

2NE1 is ready to take on the world 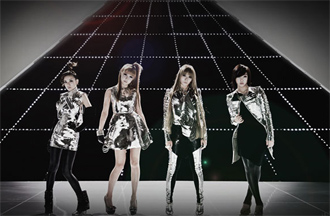 Girl group 2NE1 will set out to conquer the world with its upcoming tour of 10 cities in seven countries starting July 28.

YG Entertainment announced yesterday that the tour, titled “New Evolution,” will kick off in Seoul before making its way to other cities in Asia, the United States and Europe.

“We are currently being flooded with invitations from various regions, and it’s possible the tour will expand to other cities and nations,” said a spokesperson for YG Entertainment.

The girl group will team up with the world-class concert planning agency Live Nation as it sets out on its first world tour. YG Entertainment claimed that 2NE1 will be the first K-pop girl group to embark on a solo world tour.

Meanwhile, the girl group will set out to gain some international exposure today by rubbing shoulders with the cast and crew of the film “The Amazing Spiderman.” At the world premiere of the movie, the girls will meet with the likes of Andrew Garfield, Emma Stone, Rhys Ifans and director Marc Webb.