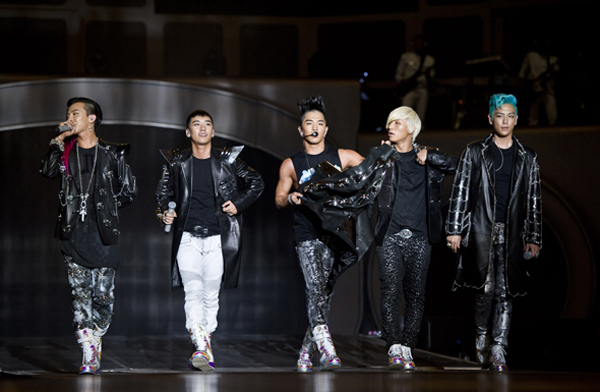 
Boy band Big Bang’s presence has been felt worldwide in the past few days with a mention on Grammy.com, the official Web site of the Grammy Awards.

Yesterday, a picture of the band was made available in the picture section of Grammy.com.

The image was accompanied by the caption “Putting the pop in K-pop, Big Bang appear in Seoul, South Korea, on June 5.”

The picture was taken when the band attended a press conference promoting a collaboration with Hyundai Card on June 6.

This was the second time the K-pop band has been displayed on the Web site of the U.S.-based music awards organization.

Back in March, a picture of the boy band at a concert was uploaded with the caption, “South Korean quintet Big Bang go kaboom during a performance in Seoul, Korea, on March 11.”

Meanwhile in Indonesia, all 10,000 tickets for the group’s upcoming concert on Oct. 13 in Jakarta sold out in just 10 minutes.