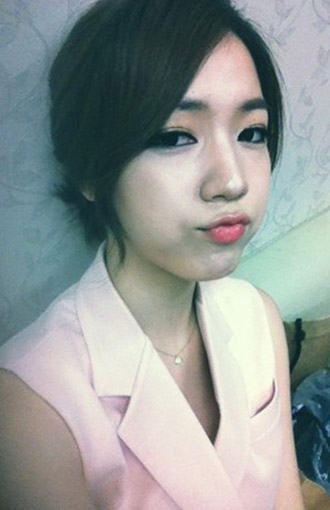 Hwayoung of the nine-member girl group T-ara has been kicked off the team after a public Twitter dispute made it clear that the Hallyu star was no longer meshing with her bandmates.

The head of the band’s agency Kim Gwang-su announced through a press release yesterday that after discussing the issue with 19 members of the band’s staff including five hairstylists, seven make-up artists, five managers and two team managers, they’ve decided to let Hwayoung go and are encouraging her to pursue a career as a solo artist.

“The T-ara girls didn’t know of this decision until now,” Kim said.

“We are sorry to be the bearer of bad news but we’ve decided to nullify the exclusive contract. We also wish all the best for Hwayoung who wants to become a rapper.”

In an earlier Twitter exchange with bandmates, Hwayoung had written, “Sometimes, even determination alone is not enough. At times like these, I feel upset but I believe that it’s a blessing in disguise from the heavens.”