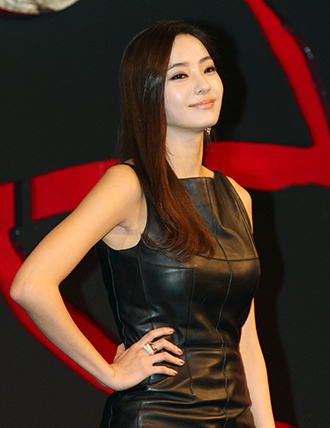 Actress Han Chae-young denied rumors that she got into an argument with Chinese actress He Zhuoyan over a wig, which was supposedly a part of her costume for the drama they are co-starring in.

BH Entertainment, the actress’s agency, said the rumors are “not true at all.”

“Han Chae-young is not even wearing a wig in her drama, so it doesn’t make any sense to claim that such a thing happened,” a representative of the agency said.

“Zhuoyan is a good partner for Chae-young. She always takes care of her and has always been thoughtful.”

Han Chae-young herself also refuted news of the dispute carried by a Chinese media outlet.

“What is this? Should I feel bad about such a groundless piece? My friend Zhuoyan don’t feel bad about this,” the Korean actress posted on her microblog Weibo.

The Chinese actress also commented on her Weibo, saying, “Who gave them the right to write this absurd article? How can they be so reckless?”