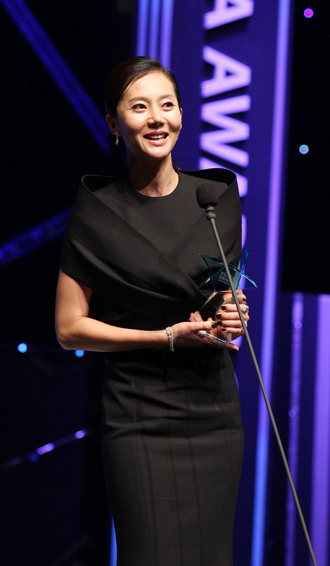 Actress Yum Jung-ah will star in her first drama since her last piece some 18 months ago.
Yum will appear in the new SBS weekend drama “My Love Madame Butterfly,” which will begin airing from October.

The drama revolves around the character Nam Na-bi, a top actress with a lot of haters. The plot unfolds when Nam moves in with her husband’s family without her spouse.

“The storyline as well as the character were so appealing,” said Yum.
“I can’t wait to be back on the small screen,” Yum gushed, adding that she’d give it her best to entertain and touch viewers at the same time.
The 40-year-old’s last drama was “Royal Family” from early last year.
By Carla Sunwoo [carlasunwoo@joongang.co.kr]