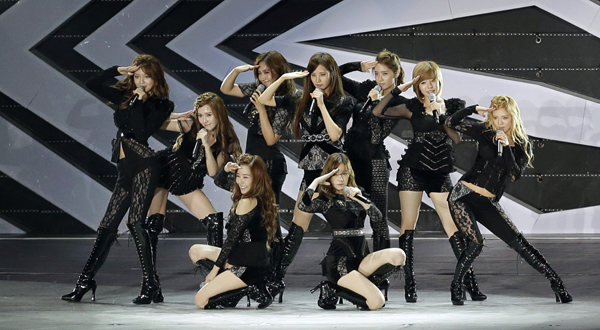 The tour is in its third year and showcased acts belonging to the renowned talent agency. The lineup included Kangta, BoA, TVXQ, Super Junior, Girls’ Generation, SHINee and f(x) to name a few.

According to SM, the event was truly an international affair with fans from more than 30 nations among the audience of more than 40,000.

The entertainment agency’s world tour kicked off this year in Los Angeles in May.

As a testament to the success of K-pop, many Hollywood heavyweights took in the show on May 20 at the Honda Center in Anaheim, California. Singer Quincy Jones as well as some 200 producers and composers were present. Another famous guest was actor Simon Curtis, who had previously tweeted his interest in Girls’ Generation member Sooyoung.

SM Town Live World Tour III was in Taipei on June 9 and Tokyo on Aug. 4-5 before making its way back to Seoul. The next stop will be Indonesia on Sept. 22.