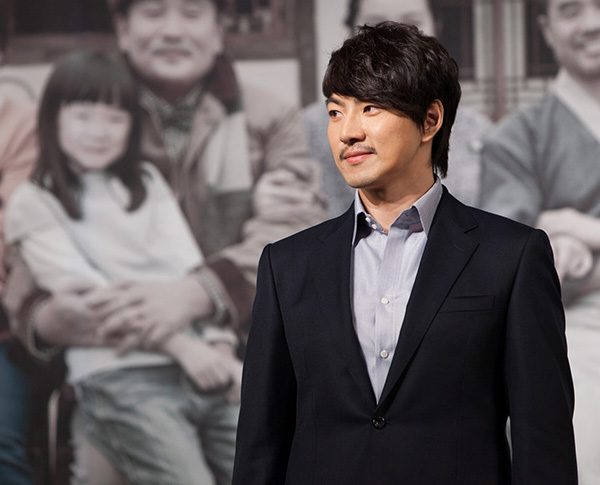 
Angered at the remarks of Tsuyoshi Yamaguchi, Japan’s vice foreign affairs minister, damning his participation in a recent swimming rally and to promote Korea’s claim to the disputed Dokdo islets, actor Song Il-gook hit back on Friday by displaying his unwavering patriotism. “I have nothing to say .?.?. I will just call out the names of my three sons, Dae-han, Min-guk, Man-se!” Tweeted the 40-year-old. When strung together, the triplet’s names form the Korean phrase “Long Live the Republic of Korea.” The boys were born in March. Song is the grandson of freedom fighter Kim Doo-han, who famously took on Japanese mafia during Japan’s colonial rule of Korea from 1910-45.

Protesting Japan’s claim of sovereignty to Dokdo - known as Takeshima in Japan - a group of Koreans including Song and singer Kim Jang-hoon swam to Korea’s easternmost islets on Aug. 15, which was Korea’s Liberation Day. They arrived 49 hours after setting off from Uljin County in North Gyeongsang. Yamaguchi said on Friday that Song would probably no longer be welcome in Japan.