G-Dragon’s new EP is a sellout

G-Dragon’s new EP is a sellout 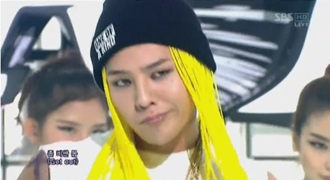 
Just days after its release, G-Dragon’s new EP “One of a Kind” is sweeping the music charts.

Since being launched Saturday, the album’s title track “Crayon” has topped Melon, Mnet, Bugs and Naver Music, among other charts.

Meanwhile, five other songs on the album are also in the top 10.

The second EP by the Big Bang member took about three years to make and contains electronic and hip-hop elements as well as some pop vibes.

Ahead of the EP’s release, G-Dragon recorded an introductory video to comment on his new work.

In the clip, he said his title track was “a strong hip-hop piece, but arranged in a way that it feels like there are many genres in just one song.”

He added that at the request of YG Entertainment’s head Yang Hyun-suk, he worked with the in-house composer Teddy to make the chorus easy to sing.

Although only six songs are contained on “One of a Kind,” many artists took part in it, such as Jaurim’s Kim Yoon-ah and Kim Jong-wan of Nell and Tablo.