Lee Ji-hyun said she had her nose done, but not really

Lee Ji-hyun said she had her nose done, but not really 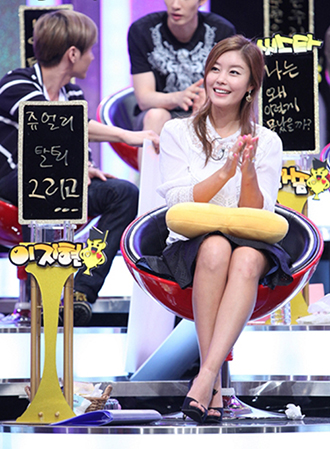 While on the talk show “Mighty Heart” on Sept. 18, Lee told a bizarre tale about how she first went under the knife and got a nose job, only to have the silicon taken out again.

“After I quit my singing career, I did get surgery on my nose, but later had it deconstructed because I wasn’t happy with it,” said Lee.
This was the first time that Lee admitted to plastic surgery, although she was accused of it many times.

“If you read all the media reports, you’d think I was Frankenstein, as if I have had every procedure done.”
Lee said that false rumors of cosmetic surgery often vexed her a great deal.