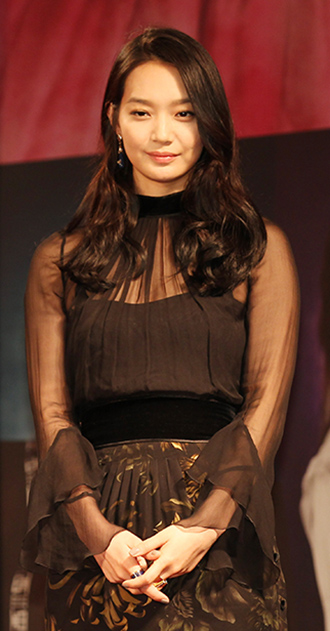 Shin Min-a has shown she’s got a heart of gold to match her good looks by donating 1,000 movie tickets for screenings at the Busan International Film Festival to underprivileged teens in and around the host city on the nation’s southern coast.

The Cinema Angel Foundation announced on Tuesday that Shin raised the money for the tickets by doing a photo shoot for Harper’s Bazaar. The foundation, which is run by local entertainers, said Shin wanted to help kids from low-income households participate in the festival, which gets under way today. “She just wants them to encounter the world of cinema and gain new experiences,” said a spokesperson for the foundation, which was established in 2007 by director Lee Hyun-seung. Actors Park Hae-il, Ahn Sung-ki and Ryu Seung-bum are among its members.

Shin is currently starring in the drama “Arang and the Magistrate” with Lee Joon-gi. Last month, the broadcast rights to the Korean drama were sold to a Japanese network for a record-setting sum.