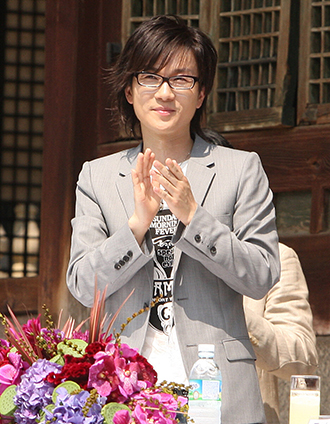 To mark its 20th anniversary Seo Taiji has opened an interactive Web site that chronicles his feats over the years. With illustrations by Seo himself, the Web site also aims to track down Seo Taiji & Boys’ fans from the 1990s.

Supporters from the group’s early days can submit pictures of themselves cheering the group for a chance to win tickets to his next concert. The contest draw runs to Dec. 9 at blognew.seotaiji.com/and20.

Back in May, Seo also released plastic figurines of himself for fans and collectors. The “Taiji Brick” series had eight little dolls of Seo clad in his most memorable outfits from his first to eighth album.

Apparently, it took three years for the project to be completed due to its intricate details, such as the various glasses worn by Seo.

In January, it was the fans who treated the star to mark his 20th anniversary.

The singer’s fan club raised money to name a part of the Brazilian rainforest in Seo’s honor.