Discovery will run series on Korea

Discovery will run series on Korea 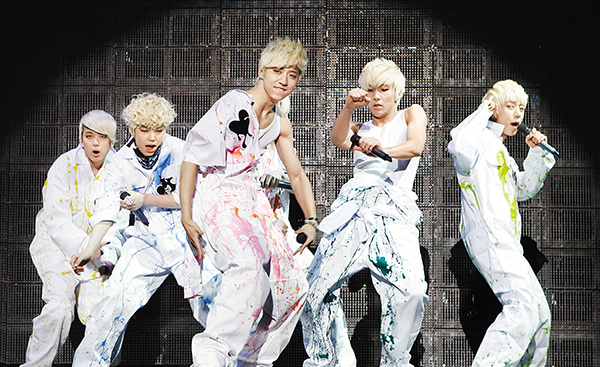 
Newbie boy band B.A.P will join forces with Psy, Super Junior and actor Lee Byung-hun to promote K-pop and everything to do with Korea on a Discovery Channel program.

The series to air on Saturday and Sunday via the global network in more than 34 nations is called “Korea Next.”

With five 30-minute shows in all, the series delves into the nature, traditions, religion and the boom of information technology in Korea.

In the segment titled “In Search of Hallyuwood,” the K-pop stars will be featured.

Won Geun-yeon, the vice president of B.A.P’s agency TS Entertainment, will talk about the group’s formation and debut.

The five-part series is estimated to be watched by some 180 million households around the world that have subscribed to Discovery.

The platinum-blonde-haired group made its debut just this year and last month received the Mnet PD Choice Award at this year’s Mnet Asian Music Awards.