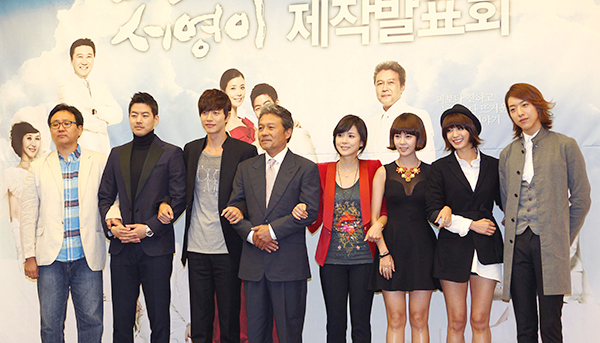 Filming of KBS2’s “My Daughter Seoyoung” was canceled following a sit-in by the Korea Broadcasting Actors Union.

According to Enews 24 on Dec. 18, some 30 actors who are members of the union took to the drama’s set in Pungnap-dong, southern Seoul, from 8.a.m to settle overdue payments due from the network.

The union members and KBS2 couldn’t settle on an agreement after the actors claimed that they were owed some 1.3 billion won ($1.2 million).

On Dec. 12, union members went on strike because apparently the network did not pay its actors for minutes they were on air.

Actors like Choi Soo-jong were annoyed that the network only paid them for 60 minutes of work while the time on air was somewhere around 70 minutes.

Meanwhile, some actors were annoyed at the disruption, and one actor told Enews that they would actually lose more by the postponement.