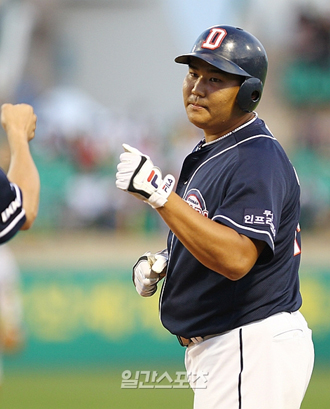 The funeral was held yesterday for a promising Korean baseball player who died of a bone tumor two days earlier.

Lee Doo-hwan, an infielder for the Kia Tigers, who led Korea to win the U-18 World Baseball Championship over the U.S. in 2006, was diagnosed nearly a year ago with a tumor on his left leg on Friday. He was 24.

Lee turned professional with the Doosan Bears in 2007 and spent five seasons with the Seoul-based team before transferring to the Tigers late last year. He spent some time in the minors for the Bears, but showed a promising performance in the Futures League. He failed to bloom, however, due to his deteriorating health, which limited his time on the field.

The players and the coaching staff of the Bears also attended the funeral for their former teammate, according to the team.