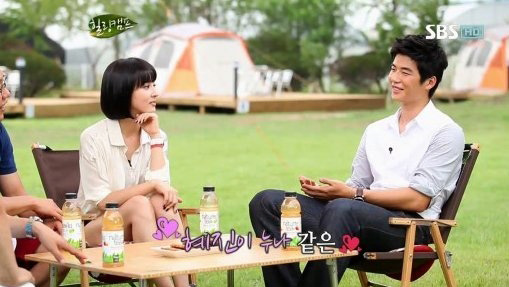 Less than a month since her controversial breakup with longtime boyfriend Naul, actress Han Hye-jin has been caught up in a new love scandal.

The news spread through a stock exchange executives’ gossip forum dubbed Chirashi that the 31-year-old actress was dating Ki Sung-yeung, a 23-year-old midfielder for Swansea City in the U.K.’s Premiere League.

On the SBS talk show “Healing Camp” which Han hosts, Ki had been a guest and revealed that despite the eight-year age gap, she was his ideal woman.

It was also revealed that they have each other’s numbers, and so since Han’s breakup, many have speculated that the actress may have found a new beau in the athlete.

Since the rumor has unfolded, Han’s agency has denied it by saying it was “absurd.”

Last month, the breakup of Han and Brown Eyed Soul’s Naul was the talk of the town.

As the two dated for about nine years and due to their public religious conviction, it was assumed that the two would wed.