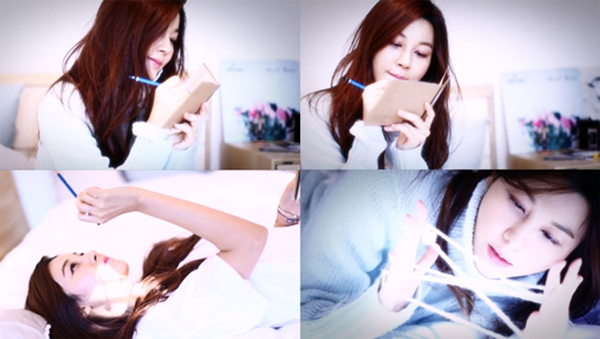 
Pastel Music has recruited the help of Kim Ha-neul in launching a compilation album titled “Sky.”

The actress, whose Korean name translates into “sky” in English, took part in shoots for the album and teasers were revealed online.

Pictures of Kim looking cool, composed and relaxed are set to lure listeners, while the album is set to contain “healing” tracks.

The album bearing Kim’s name will go on sale Jan. 30.

As one of Korea’s best-loved actresses, Kim was in the spotlight last year for starring in the hit drama “A Gentleman’s Dignity” alongside Jang Dong-gun.

The show, which has been dubbed “a 40-year-old version of ‘Sex and the City,’” amassed 20 percent ratings at the time of airing.