Psy foots the bill for funeral of friend

Psy foots the bill for funeral of friend 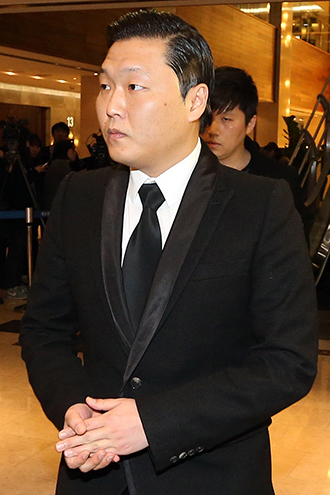 Psy proved his star qualities again, this time by digging deep to cover the cost of a funeral for his friend Lim Yoon-taek, of Ulala Session.

Lim died Monday night and apparently Psy went to pay his respects to the late singer and his family and friends at Severance Hospital in Sinchon the next day.

While there he offered to cover the funeral but band members and longtime friends of Lim declined.

On Wednesday, Psy apparently sent his manager back to the funeral altar inside the hospital and again pitched his proposal, one day before the funeral.

“It’s not because I want to show off my money, but as a friend of Lim’s, I just want to do something for him one last time,” Psy supposedly told the band members.

The second offer was taken up by the group, which has ties with the world-class star that date back to last year when he penned a song for the group’s debut album.

Psy had apparently asked for his generous act to be kept on the down low, but media caught a whiff of the news yesterday.