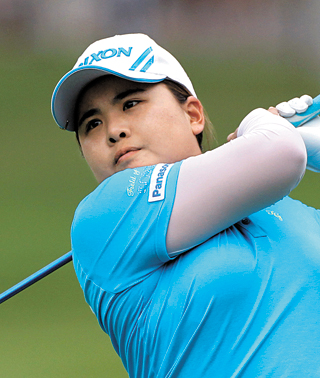 Park carded a 12-under 276 in a come-from-behind one-shot victory over Ariya Jutanugarn of Thailand.

Park, who was four strokes behind Jutanugarn through the third round, had a five-under 67 in the fourth round. Jutanugarn was two shots ahead when Park finished her round, but the Thai, who entered the round with a three-shot lead, choked under pressure and had a triple bogey in the final 18th hole, relinquishing the lead to Park.

This is the fourth career victory for Park, 24, who won the LPGA Money title last season with stellar comeback performances, including two wins. Park, who slumped after winning the 2008 U.S. Women’s Open in June, won the Evian Masters in July and the Sime Darby LPGA Malaysia in October. Her world ranking jumped to fourth last season as she raked in $2.29 million, joining Annika Sorenstam, Lorena Ochoa and Yani Tseng as the only LPGA golfers to top $2 million. She was the third Korean to win the money title in the LPGA after Shin in 2009 and Choi Na-yeon in 2010.

Jutanugarn had a huge following from locals throughout the event, but she conceded early on that she felt pressure about playing before her home crowd.

“I felt the whole Thai people’s hope was on my back,” Jutanugarn told LPGA.com after a two-under on Saturday.

Park’s compatriot Ryu So-yeon, the 2012 Rookie of the Year, was tied for third at 10-under 278 along with World No. 1 Yani Tseng of Taiwan and Stacy Lewis of the United States.

World No. 2 Choi, who made her season debut at the event in Thailand, finished at seventh with nine-under 279. Pak, who was tied for second after the third round, lost four strokes yesterday and finished tied for 19th at four-under 284.

Shin was tied for 14th at five-under 283 together with Lydia Ko.