‘Infinite Challenge’ is noticed in U.K.

‘Infinite Challenge’ is noticed in U.K. 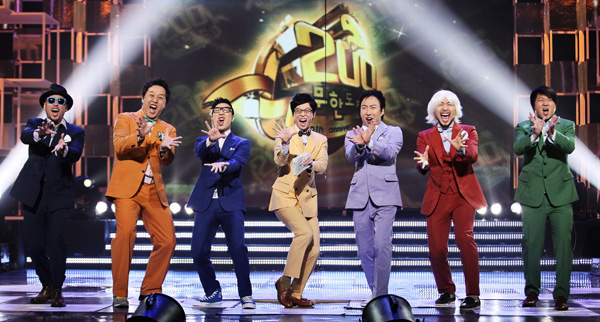 Britain’s Channel 4 will include MBC’s reality show “Infinite Challenge” in a four-episode documentary program called “The Greatest Shows on Earth,” an MBC official said Monday according to local media.

A presenter for the documentary, Daisy Donovan, will meet with members of the “Infinite Challenge” for a taping in Korea tomorrow.

The British TV network has chosen four countries for each segment, and a variety of shows will be introduced.

Kim Tae-ho, the producer of “Infinite Challenge,” was said to have received a request from the British channel early this year.

His program, which first aired in 2006, is well known for its calendar. More than 3.5 million copies of the calendar featuring photos and writings from cast members were sold since its launch in 2008.

They deliver calendars to their fans in person during the show every year.