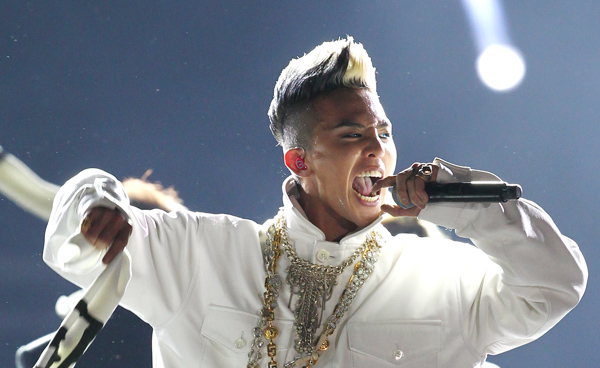 G-Dragon of boy band Big Bang is releasing his new solo track “Michi Go” today through a never-before-tried channel. According to his agency, YG Entertainment, the new song will be distributed through the Line mobile messenger service.

The chat function is created by NHN, operator of the nation’s largest portal site, Naver. To get the song, you need to buy something called a GD Sticker. Using the sticker on G-Dragon’s Line account will allow fans to listen to the new song.

“There have been more people using the streaming service through their smartphones as the mobile market expands,” said the agency.

G-Dragon performed to the song at the opening concert of his upcoming solo world tour dubbed “One of a Kind” over the weekend at Seoul Olympic Park in southwestern Seoul.

The tour continues in Japan this month and will move on to Hong Kong and other cities, wrapping up at the end of June. The entire tour schedule has not yet been confirmed.