Yuri will play lead in ‘No Breathing’

Yuri will play lead in ‘No Breathing’ 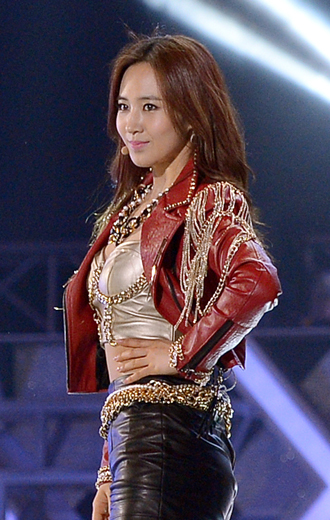 Yuri of Girls’ Generation will make a debut on the big screen, according to the group’s agency SM Entertainment yesterday.

In “No Breathing,” she will be the lead character Jungeun who dreams about becoming a professional musician. Her counterparts will be actor Lee Jong-seok of SBS drama “Secret Garden” and singer and actor Seo In-guk, the winner of first season of audition program “Superstar K” on cable channel Mnet.

“After reading the scenario, I really liked the character,” said Yuri. “I wanted to show a new side of me as an actress. Although this is her movie debut, she has previously showed off her acting skills in TV dramas and other entertainment programs.

The sports drama will start filming Sunday and is scheduled to be released to the local fans in the second half of this year.