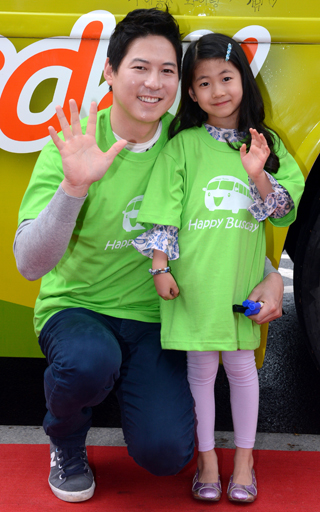 Child actress Park Min-ha and her father Park Chan-min, an SBS anchorman, participate in a event named “Happy Busday” on Sunday in Yongsan District, central Seoul. The event, hosted by the Ministry of Agriculture, Food and Rural Affairs, celebrated the launch of a travel program that encourages residents in urban areas to take a trip to countryside farms. 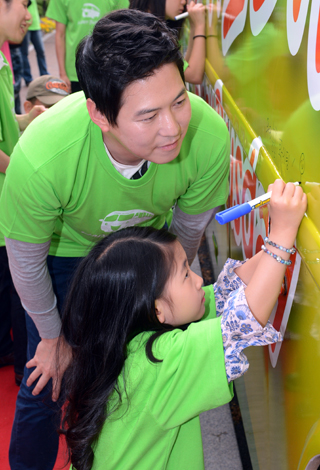 Park Min-ha writes a message on a bus Sunday. [NEWSIS] 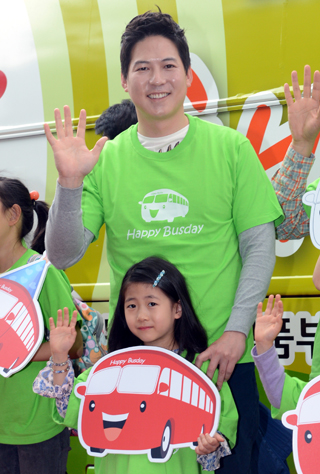 Actress Park Min-ha waves as she holds a placard shaped like a bus along with her father Park Chan-min. [NEWSIS]