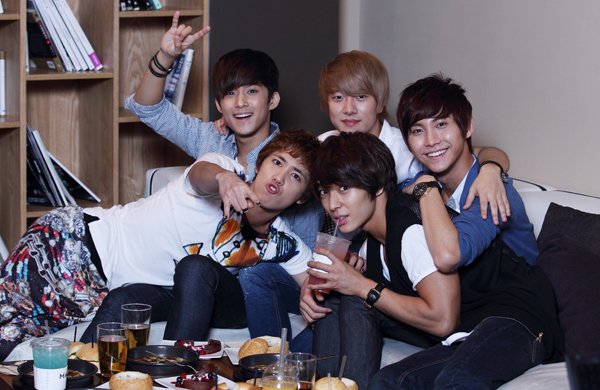 “We would love to deliver sincere appreciation to fans as we celebrate the sixth anniversary, and we will bring even better music,” the five-member group said.

Also, it has had more than 15 overseas concerts each year throughout countries in Asia and North America.

The group is scheduled to release its third album in Japan on Wednesday, titled “Rated-FT.” The band members are in Japan to promote their upcoming album, whose title song is “Freedom.”

The album includes 11 songs, which many members helped write and compose. Choi Jong-hoon wrote and composed “Hold My Hand,” while Lee Hong-ki did the same for two songs, “Orange Sky” and “Black Chocolate.” Lee Jae-jin also contributed his talents for the song “Time To.”

Three days after the album release, the band will start a large-scale national tour to perform 11 times in seven venues.