The rookie is rockin’

The rookie is rockin’ 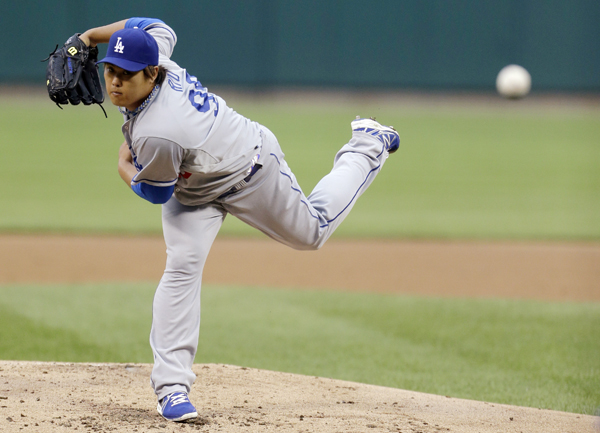 The rookie is rockin’ - Los Angeles Dodgers’ starting pitcher Ryu Hyun-jin, of South Korea, pitches during the first inning of a baseball game against the St. Louis Cardinals on Thursday in St. Louis. Ryu clinched his 11th win of the season, keeping the St. Louis Cardinals at bay over seven strong innings in the Dodgers’ 5-1 victory. The left-hander allowed one unearned run on five singles and struck out seven at Busch Stadium to improve to 11-3 in his rookie Major League Baseball season. His winning percentage of .786 is the highest by a rookie pitcher in Dodgers’ history. Ryu, a winner of five straight games, now has 118 strikeouts in 141 1/3 innings in 22 starts. [AP/NEWSIS]