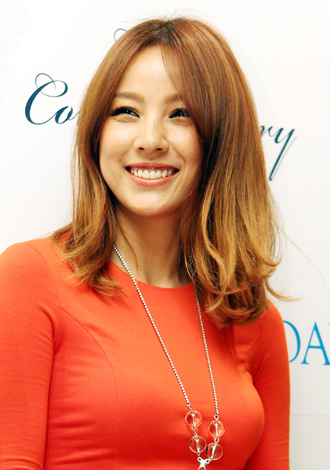 Singer Lee Hyo-ri and composer Lee Sang-soon got married on Sunday without prior announcement of their wedding.

The newlywed couple invited their family and close friends to Jeju for the ceremony. Ilgan Sports, an affiliate of the Korea JoongAng Daily, reported that around 90 guests attended the event over the weekend, which is more than the 60 they originally planned to invite.

The wedding weekend started on Saturday at the singer’s private home on Mount Halla, and the ceremony took place at 1 p.m. on Sunday. It was followed by an after-party at 5 p.m.

Security guards were placed on the road to her private home in Jeju, where the wedding was taking place, to limit anyone that had not been invited from getting access.

The couple decided to get hitched on Jeju Island as it is where they decided to start their relationship two years ago. The singer said that she asked the composer out by suggesting they should become a couple.

Lee Hyo-ri bought land in order to build a private home in May last year. The construction for the building is still ongoing.