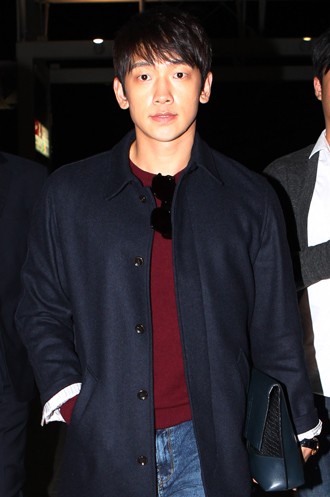 Leading Hallyu star Rain is getting closer to returning to the music scene, according to local media reports, with six songs in the works and an eye on releasing a new album early next year.

It would be his first release since finishing his mandatory military service in July and his first new music since 2010’s “Back to the Basics.”

“Rain has reportedly written several songs, and he is debating at the moment whether he wants to adopt a new concept or just go with the ones he has previously done,” said an industry official. Others have said that he is also looking for singers to feature in his new songs.

Since his discharge from the military, Rain has been trying to reconnect with his fans, holding a fan meeting in Korea for 3,000 people. At the time, he said that he would like to present songs and hold performances that show a variety of aspects.

“I want to show what I can do well, and I also want to challenge myself to try something new,” he said.