SHINee performs ‘Everybody’ one last time on SBS

SHINee performs ‘Everybody’ one last time on SBS 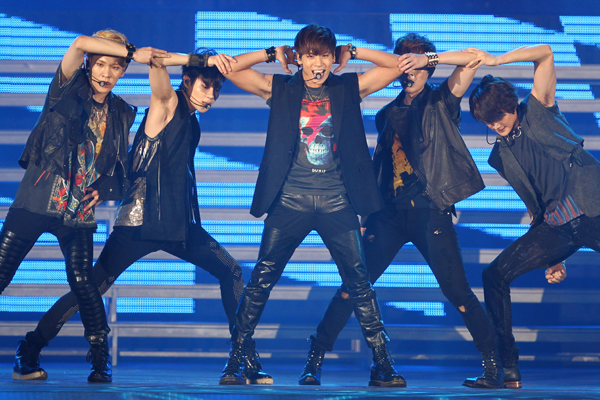 The members of SHINee will have their last performance to promote their song “Everybody” on SBS music program “Popular Song” on Sunday.

SHINee member Onew, who injured his neck late last month, will still appear onstage, but since the choreography for the song is too strenuous, he’ll only be singing instead of dancing.

From now on, the group will focus on participating in other music festivals that are scheduled to happen at the end of the year. Members will also work their own gigs on other TV programs or shows.

The fifth mini-album “Everybody,” which the group released last month, was very much loved by fans and instantly topped many of the local music charts after its release.