Yang finds his groove in gospel

Yang finds his groove in gospel 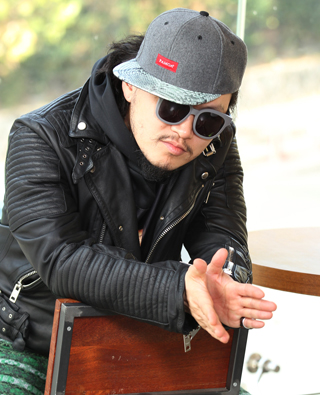 For 34-year-old actor Yang Dong-geun, who has been performing for 26 years, the new movie “Black Gospel” helped him remember how much he loves the entertainment industry.

“When I was watching the movie at the screening, I felt like I was naked,” Yang recalled during an interview with Ilgan Sports, an affiliate of the Korea JoongAng Daily.

“The movie brings together all the things I have accumulated since I was 9 when I started working in the entertainment industry.”

To film the documentary, Yang and the rest of the cast visited Harlem in New York, looking for the roots of Black gospel music.

“When I sang Black gospel music, which contains the aching history of African-Americans, I felt my passion for acting and music reignited,” he said.

A. I realized the meaning of “soulful” while I was in Harlem for the month [of filming]. Soul is not something special, but something you find within your life. After vicariously experiencing the pain African Americans have gone through, I’ve come to realize the righteous truth - that music represents life.

Why do you have such passion for music?

As I started working in the entertainment industry when I was 9, I have worked hard. People usually feel rewarded or happy based on their efforts, but I couldn’t have that. Music was my only friend and an outlet.

But music also became a part of my work, my job. I think I was preparing songs when I was acting, and I was working on my acting skills when I was singing. Of course, sometimes I have felt like I was presenting something that could have been mass produced at a factory.

Have you ever felt that you were in a slump?

Early last year, when I was offered to take part in “Black Gospel.” The timing couldn’t have been more perfect. I was shocked several times while I was in Harlem, and it became the moment I put myself together and rediscovered my passion for acting and music.

You have been acting for 26 years. Has your view on being an actor changed?

When I was a teenager, I studied by following the directions from directors on the set. It was all about learning. In my 20s, I tried to show the things that I’d learned. I built my own style by developing what I had seen and felt before. But, in my 30s, I tried to throw away everything because the things I had developed had turned into mannerisms. So, right now, I’m trying things as if I’m starting from the beginning.

Do you want your son to work in the entertainment industry?

As my parents allowed me to do the things I wanted, I think I would do the same for my son. I still have a lot of time to think about it since he is only 8 months old.