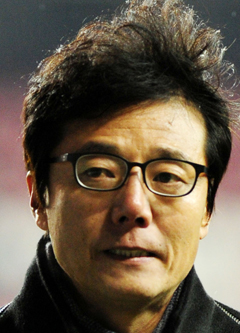 The red-hot Pohang Steelers will take a three-game Korean football league winning streak into a second-leg match against Shandong Luneng Taishan FC of China tomorrow in the group round of the AFC Champions League.

The 2013 season K-League champions had a 2-2 draw against the Chinese in their first leg Group E home match at the Steelyard in Pohang, North Gyeongsang, but coach Hwang Sun-hong is confident about getting three points.

“Many people say we don’t have a decent striker to score, but I think we were able to score many goals using diverse attack strategies,” said Hwang.

In Saturday’s K-League match against Sangju Sangmu Phoenix, the Steelers overpowered their opponents, 4-2, for their third win after an 0-2 start.

The Steelers’ goal is to win the ACL title for the first time in five years and they hope forward Kim Seung-dae and midfielder Kim Tae-su, who scored goals in the last two ACL matches, will set the pace against Shandong Luneng.

Backing up these two are forward Yoo Chang-hyun, who scored a goal in each of last two K-League matches, and the team’s midfield leader, Lee Myung-joo.

The Steelers are second in Group E, one goal behind Shandong Luneng. A victory over the Chinese squad would greatly enhance their chances of advancing to the top 16 as winner of the group.

The Japanese club won the first-leg match against FC Seoul, 2-1.

“We can’t lose this one for sure,” Choi said. “Since the two clubs have been working under tight schedules, little mistakes could determine the winner and loser of the game. We will try not to lose our concentration on the game.”