Leverkusen moves on in Champions League

Leverkusen moves on in Champions League 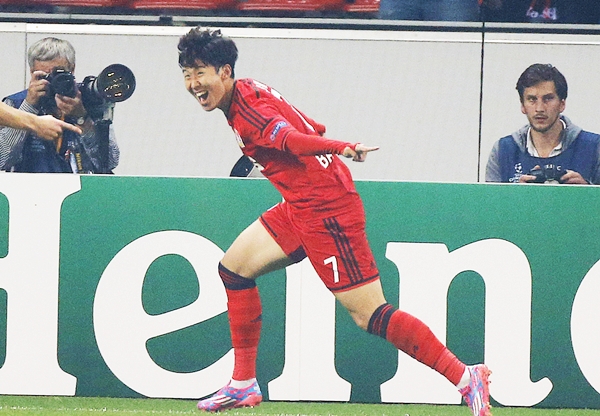 Athletic Bilbao took advantage of shambolic defending to beat Napoli 3-1 and reach the Champions League group stage for the first time in 16 years, leaving the Italians counting the cost of their premature exit.

Arsenal qualified for a 17th successive season with a nervy 1-0 win at home to Besiktas, and Malmo made it for the first time with a 3-0 win over Salzburg, whose participation ended in the qualifiers for the ninth time in a row.

Ludogorets center back, Cosmin Moti, forced to go in goal after keeper Vladislav Stoyanov was sent off, saved two penalties as his team beat Steaua Bucharest 6-5 in a shootout to qualify for the first time.

The group stage draw, featuring only two Italian teams following Napoli’s exit, was due to be held in Monaco on Thursday, local time.

Leverkusen, 3-2 up from the first leg against their Danish opponents, quickly extended their lead.

Kiessling, repeatedly overlooked by Germany despite a prolific scoring record, set up Son to score in the second minute and Hakan Calhanoglu added another with a deflected free kick in the seventh minute.

Kiessling converted a penalty in the 31st before collecting Gonzalo Castro’s through ball to slot past Stephan Andersen in the 65th minute as Leverkusen completed an emphatic 7-2 aggregate win.

It will also pile pressure on Coach Rafael Benitez, whose expensively assembled side did the bare minimum expected of them last season by finishing third in Serie A and winning the Italian Cup.

Held 1-1 at home last week, Napoli survived a difficult first half before taking the lead immediately after halftime when Marek Hamsik collected a headed clearance on the edge of the area and scored with a low shot into the corner.

But it all went wrong in the 61st minute when Aritz Aduriz escaped his marker at a corner to equalize.

It got worse for Napoli eight minutes later when a long ball out of the Athletic defense was completely misjudged by Raul Albiol, who collided with goalkeeper Rafael Cabral, allowing Aduriz to score into an empty net

Five minutes later, Unai Lopez’s through ball caused more havoc in the Napoli defense and Ibai Gomez nipped in to drill the third past Rafael and seal Athletic’s place in the group stage for the first time since 1998-99.

“We took the lead, but in a few minutes we made some significant mistakes and lost control of the game,” Benitez told Sport Mediaset. “We knew it could end up like this, we are all disappointed, but we have to look forward.”

“We needed to keep our nerves,” Arsenal Manager Arsene Wenger told Sky Sports. “For us, it is a weight off our shoulders because we can focus on the Premier League.”