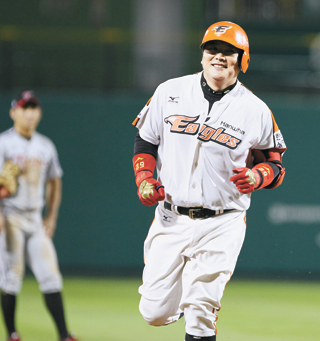 Offseason autumn training camps for teams in the Korea Baseball Organization (KBO) just ended and players will have a monthlong vacation to relax and spend time with their families over the Christmas and New Year holidays.

The KBO has designated December as a “no training” month before the start of another training cycle in January. It’s important for players to have an extended period of time off, not only to recharge their batteries but to get advice from family members, which can change their careers.

When looking at cases of Major League Baseball players, there is relief pitcher LaTroy Hawkins of the Colorado Rockies.

In 1994, he was having a hard time in the minor leagues. When visiting his grandfather, Hawkins told him, “I think I should quit baseball.”

The old man suddenly turned serious and gave his grandson a stern look. “Kid,” he said, “there is no quitting in our family.”

Hawkins took those words to heart and rededicated himself to the game. The following season, he advanced to the major leagues, and though he occasionally spent time back in the minors over the next few years, he never quit.

Hawkins pitched in his 1,000th MLB game against the Los Angeles Dodgers on Sept. 28, the most appearances among active pitchers. At the age of 41 - the oldest pitcher in the MLB - Hawkins went 4-3 with 23 saves and a 3.31 ERA, and extended his contract with the Rockies for another year.

Robinson Cano of the Seattle Mariners is also well known for getting advice from his father, Jose. He used to talk to his father on the phone when he was a minor leaguer in the New York Yankees organization. Jose told his son to stick to his own style instead of mimicking others, and Cano became one of the best second basemen in Major League Baseball. Last year, he signed a 10-year contract with the Mariners for $240 million.

The same goes in Korea, too. Hanwha Eagles cleanup hitter Kim Tae-kyun was mired in an early season slump this year that was ended in part to a suggestion by his wife, Kim Seok-ryu.

The slugger had used bats weighing 920 to 930 grams, about two pounds, since he began his KBO career in 2001. He kept on using them even as most players went with bats of 830 to 840 grams. His wife, who used to work as a baseball reporter, suggested using the lighter bats. Kim finally listened to her and finished the season with a league-leading .463 OBP and second-best .365 batting average.

Park Byung-ho of the Nexen Heroes, who led the KBO in home runs for three consecutive years, also received a lot of help from his wife, Lee Ji-yun.

As a former military officer and baseball reporter, Lee tried to lessen the pressure on her husband early in his career by telling him not to worry about money, she could always make a living in a pinch.

“I want to express my gratitude to my perfect wife,” Park said in his 2013 acceptance speech.

Veteran slugger Lee Seung-yeop of the Samsung Lions says advice from his wife, Lee Song-jeong, once came in handy, though she didn’t know much about baseball.

When they got married in 2002, he had led the league in home runs for four years and his swing was getting bigger and bigger. His wife simply advised him to keep it compact, and he won the title again.