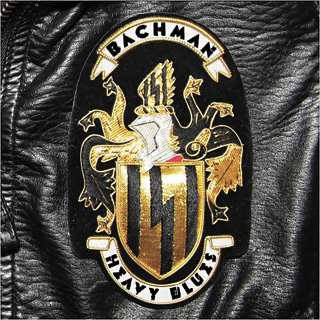 Where has this been for the past four decades?

Randy Bachman, who made classic rock history with Bachman-Turner Overdrive and The Guess Who, has recorded his best album since 1976.

The name says it all: heavy blues, delivered with help from an All-Star cast of guests, including Neil Young, Peter Frampton, Joe Bonamassa, Robert Randolph and Jeff Healey.

If this was 1975 and radio still played rock, there might be a half-dozen hit singles on “Heavy Blues.’’ The opening track, “The Edge,’’ sounds like BTO playing a mashup of “You Ain’t Seen Nothin’ Yet’’ and The Who’s “Won’t Get Fooled Again.’’

“Ton of Bricks’’ hits the listener as advertised; “Little Girl Lost,’’ a daddy-never-loved-me, now-I’m-a-hooker song, features some memorable, instantly recognizable fuzz-tone guitar from Young; and “Confessing to the Devil’’ features posthumous licks from Healey from a long-ago unreleased session with Bachman. The catchiest track on the album is “Wild Texas Ride,’’ featuring a boogie drum beat over raw guitars and enough cowbells to make even Will Ferrell happy. It’s really good to see Bachman takin’ care of business again. AP