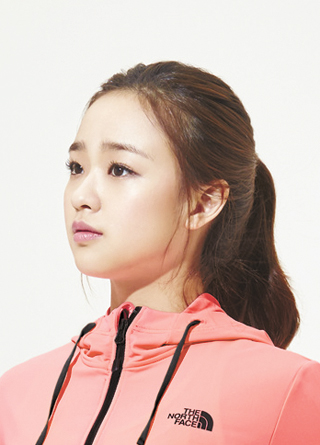 After recovering from an ankle injury, Son Yeon-jae is ready to defend her three titles at the 7th Senior Rhythmic Gymnastics Asian Championships in Jecheon, North Chungcheong, today through Saturday.

It will be the first international event in Korea for Son, 21, since the 2014 Incheon Asian Games when she became Korea’s first medalist in rhythmic gymnastics at the quadrennial event.

“Because of the unexpected injury, I started the season late, but as an athlete an injury is something you have to overcome, and my ankle is fully recovered,” Son said at the Incheon International Airport on Sunday on her arrival from Russia. “I feel some pressure because there are events in Korea such as the Asian championships and Gwangju Summer Universiade. But I think this is a good opportunity to perform my best for local fans.”

However, the Yonsei University student bounced back in the FIG World Cup in Tashkent, Uzbekistan, by winning bronze medals in the individual overall and hoop.

After the Tashkent World Cup, Son went to the Novogorsk Olympic village in Moscow for two weeks of training.

Son, who won a bronze medal in the 2014 World Rhythmic Gymnastics Championships, is the defending champion in three events at the Asian Championships. In the last biennial event in Tashkent, she won gold medals in the individual overall, hoop and ribbon events.

Son said improving her stamina will be key as she competes in both individual and team events for four days, performing morning and afternoon.

“The last day will be about whether you have enough stamina or not,” she said.

The Asian Championship will feature 120 gymnasts from 10 countries at Semyung University Gymnasium in Jecheon, 120 kilometers (75 miles) southeast of Seoul. In addition to Son, Chun Song-e and Lee Da-ae will compete for Korea.